In 1994 he made his way to Australia where he worked as a senior structural engineer for Miller Milston Ferris consulting engineers. He was involved in the design and documentation of multi-storey buildings, including that of both residential and mixed residential commercial buildings as well as institutional buildings such as Concord Hospital and Sutherland Hospital redevelopments. He also applied himself in the areas of complex Façade structures, dynamic analysis, seismic analysis and design as well as also finite element applications.

In 2001 Davood and his co-director Peter Marzullo established MYD consulting engineers. With his vast experience in Structural Steel building frames, Davood has a special interest in the design of multistorey structural steel frames utilising AAC flooring system. Davood has successfully utilised the system in numerous multi storey structures including an 18 storey structure.

- Master of Engineering in structural engineering

- Registered on the Victorian Building Practitioners Board

- Past Member of Institution of Engineers, Finland 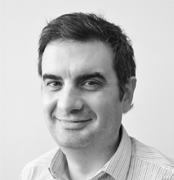 Upon graduation in May 1994 and until February 2000 Peter was employed with Miller Milston Ferris Consulting Engineers as a structural engineer analysing and designing concrete, Hebel, structural steel, aluminium, timber and glass structures.

From February 2000 to June 2001 Peter was employed with CSR Hebel as a Design Engineer supporting NSW, Victoria and Queensland designing Hebel reinforced panels for multi-storey residential and commercial buildings as well as Hebel residences.

From June 2001 Peter has been a director of MYD Consulting Engineers. Peter has over 18 years of experience in the design, documentation and delivery of project in NSW, VIC, QLD, and SA including setting up an office in WA for work in Perth as well as the Kimberley and Pilbara regions.

Peter also has a special interest in the fatigue analysis and design of wind sensitive structures and has been commissioned by corporations such as Telstra to audit and review their infrastructure.

- Master of Engineering in structural engineering

- Past Member of Institution of Engineers, Finland